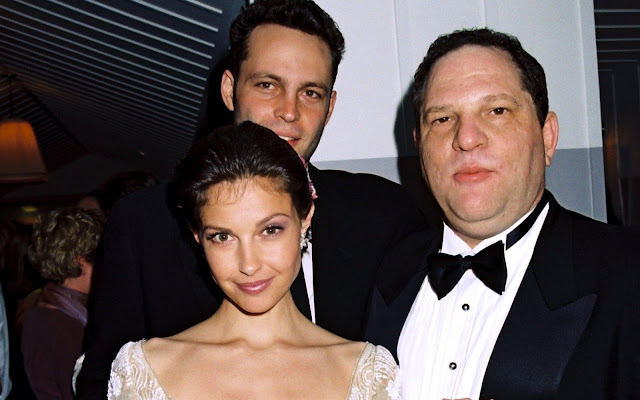 A career in the arts should never lead to this sort of nightmare:


California’s Ninth Circuit Court of Appeals has ruled that Ashley Judd can pursue a sexual harassment claim against convicted rapist Harvey Weinstein. Per The Hollywood Reporter, the court stated that the nature of Judd and Weinstein’s relationship was “sufficient” enough to give the actress grounds to sue.

In Judd’s complaint, which included stories that she first revealed to the public in October 2017, the actress alleges that Weinstein propositioned her for sex in a hotel room about 20 years ago. Judd declined, saying that she was only able to escape by telling Weinstein that she’d sleep with him if she wins an Academy Award.

Weinstein would go on to blacklist Judd from Hollywood film roles, particularly within his company, Miramax.

“As in the enumerated relationships, their relationship consisted of an inherent power imbalance wherein Weinstein was uniquely situated to exercise coercion or leverage over Judd by virtue of his professional position and influence as a top producer in Hollywood,” a judge wrote. “We have no difficulty concluding that the California Supreme Court would reach the same conclusion, obviating the need to certify the question.”

They should grant people immunity and allow them to come forward and admit that Weinstein was able to convince them not to cast Judd in their projects. I mean, it's not a case where she wasn't qualified or capable of being in the movies all of a sudden, right after telling Weinstein that she wouldn't have sex with him. It's more a case where her career was derailed shortly thereafter.

Numerous actresses can probably make the case that their refusal to submit to Weinstein's predations hindered their careers. We need to make this right and correct what was done. No one should have this kind of power. Ever.