The Art of Frank Netter 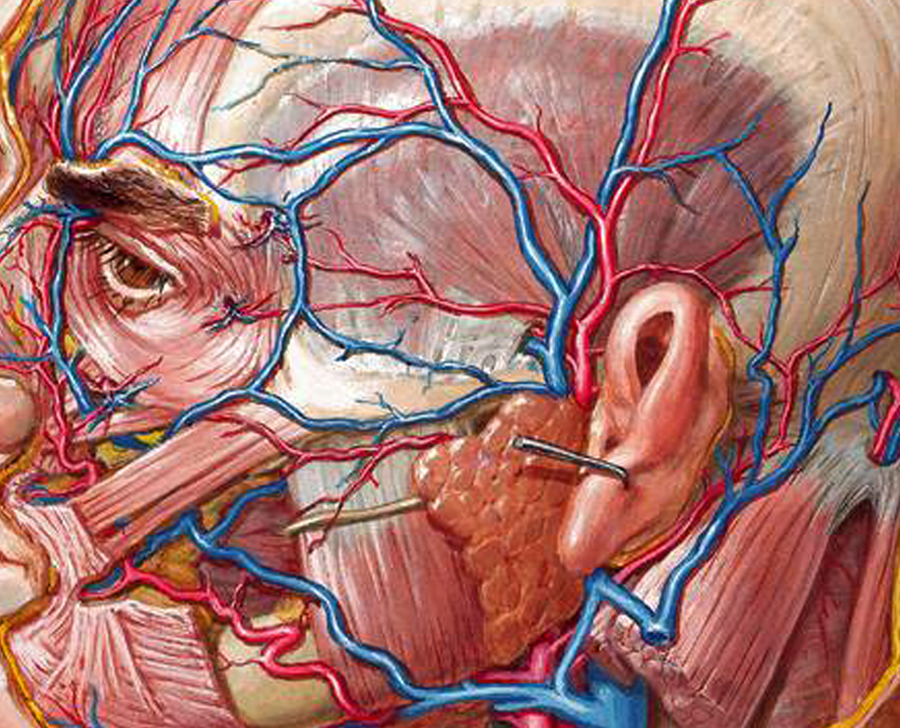 This is a fascinating article on the timeless work of Frank Netter:

Netter did practice medicine briefly but, as Francine writes, “the demand for Frank’s sable brush grew faster than the demand for his scalpel.” His portraits, drawings of body parts and, at the behest of pharmaceutical companies, images of new drugs and how they worked were simply too vivid and unique to ignore. In 1934, Netter saw his last patient.

It would be Netter’s relationship with drug manufacturers that propelled forth his career as a medical artist. In 1937, the Ciba Company asked him to prepare an illustrated flyer for its version of digitalis, a heart drug. A remarkably long marriage was born. Over the next five decades, Netter worked with the company, later known as Ciba-Geigy, to produce the Ciba Collection of Medical Illustrations and the Clinical Symposia, beautifully illustrated books that depicted both normal anatomy as well as the pathology associated with specific diseases. The over 4,000 illustrations made by Netter during his career also depicted patients (drawn from models) suffering from conditions like bronchial asthma, angina and major depression. One picture showed a patient with end-stage liver disease on water restriction desperately drinking from a toilet. When Netter required surgery for an aortic aneurysm near the end of his life, he used the occasion to make diagrams of the operation he needed. Netter’s work was voluminous, covering a vast array of topics and diseases. Ciba distributed his illustrations far and wide to medical students and physicians—usually for free—as a marketing tool.

Netter's work was of such a stunning high quality that it slipped under the radar of the art world and became an ever-present part of the culture. Virtually everyone has seen the work of Frank Netter without actually understanding the value of it or the artistic quality of it because we lived in a period where the printed and mass-distributed illustration was in mass distribution and use.

Today, we meticulously photograph and manipulate images. Netter used models and drew illustrations by hand, which is vanishing as a practice all around us.
- September 17, 2013