Take a Cultural Treasure Away From the British 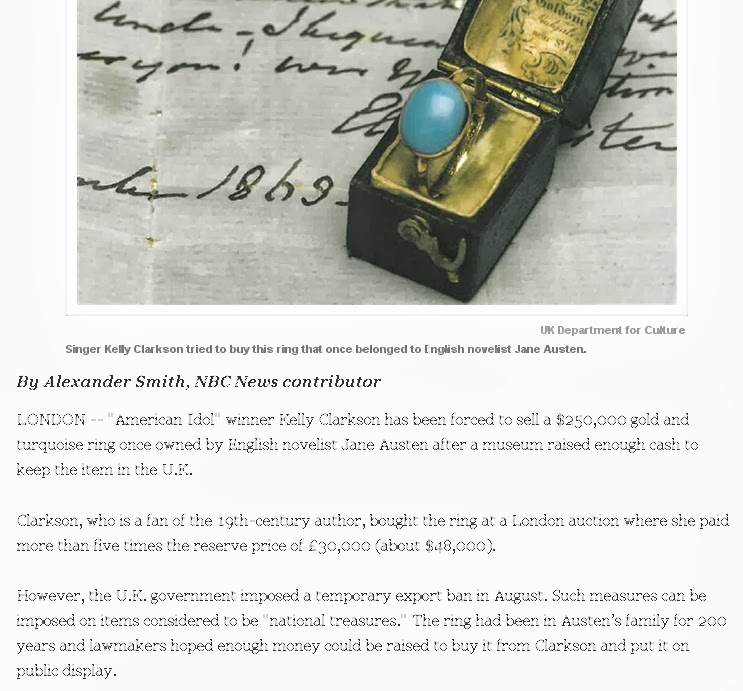 Kelly Clarkson has been gracious, but there's no reason why she has had to be. Her decision to accept the sale of Jane Austen's ring back to the English speaking people of what they call Great Britain now is admirable. I come down on the side of history. Let the highest bidder walk away with items that are privately owned.

The British government has appropriated untold numbers of treasures from other countries. Sending back the cultural artifacts of Greece alone would involve removing massive numbers of items and sending them back to the Greece. And we're having a conniption about one ring?

The conqueror and the thief have reigned for thousands of years and now we're going to deny the purchasing power of the pop princess who wants to take something she's willing to pay for home with her? Something is a little out of whack here.
- September 24, 2013