Would You Live in a Landmark? 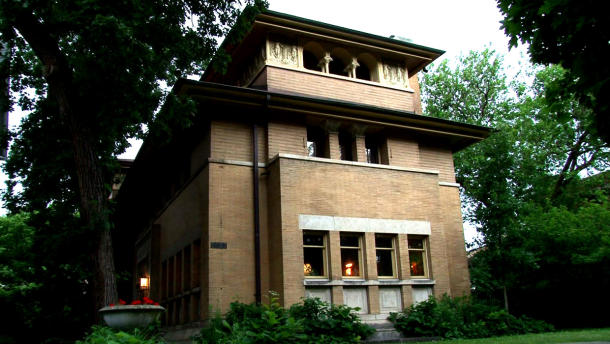 There are about 20 Frank Lloyd Wright homes for sale in the United States right now. Selling them, and keeping them, are both a tall order:

Frank Lloyd Wright remains one of America's most celebrated architects. His structures draw visitors at more than 50 public sites around the country from the Guggenheim Museum in Manhattan to his homestead in Taliesen, Wis.

There are Wright office buildings like Price Tower in Bartlesville, Okla., hotels like the Biltmore, in Phoenix, and houses of worship like the Greek Orthodox Church in Milwaukee.

The American Institute of Architects has rated Wright the greatest American architect of all time, while a dozen of his buildings appear on Architectural Record's list of the 100 most important buildings of the 20th century, according to the Frank Lloyd Wright Foundation.

Private residences built by Wright in a dozen states are now museum houses, the most famous being Fallingwater, built over a waterfall in Bear Creek, Pa.

Wright homes are typically named for their original owners, such as the prairie style Robie House in downtown Chicago, now a museum.

The Montenegros' House in Highland Park, Ill., is called George Madison Millard House after the original owners who bought it in 1906 and lived there for only six years.

"It is a house to be lived in. It is not a museum," Claire said. "The house may or may not appeal to everybody, but there is a certain segment of people that love these homes."

Their adjusted asking price now is just over $1 million.

"I think that Frank Lloyd Wright owners make the mistake of pricing them too high at the beginning, and we were guilty of that," Juan said.

I'm leery of living in any old house; many of Wright's existing private residences are well over a hundred years old. And then there are the fanboys--the architects--who show up and knock on the door and want to talk about the house.