The Cultural Impact of Festivals 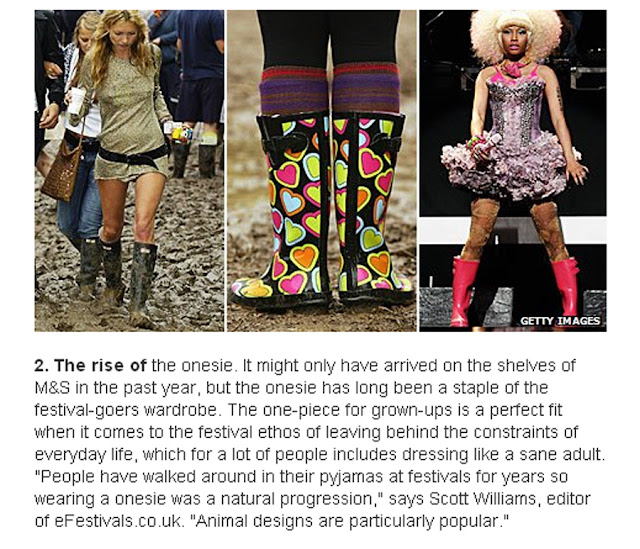 This is a great article that exposes the cultural differences between a British music festival and a festival held anywhere else.

In America, we have made numerous attempts to match the British music festival. Lollapalooza and Bonnaroo are the ones that come to mind, and maybe Lilith Fair when it was happening (is it still happening?), but those events never brought people to a cohesive state of mind. Somehow, in Britain, those gaps have been bridged and people have been brought mostly together for shared experiences.

The fleeting attempts made in America haven't had the social impact that music festivals in Britain have had, and that extends to consumer goods and fashion choices. Above, you can see the decorated Wellington boots that people now buy and love. Would we have them if it hadn't been for the mud at Glastonbury?
- June 21, 2013