What Were You Expecting From The Great Gatsby? 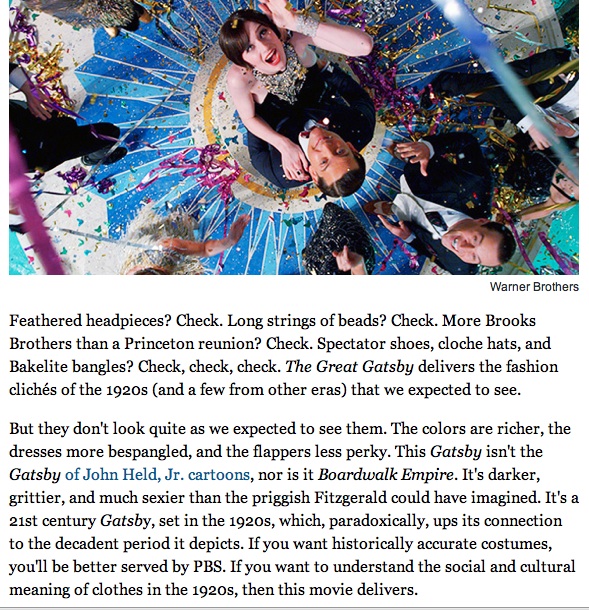 I have not had much of an interest in seeing The Great Gatsby, primarily because I know that any Baz Luhrmann film is going to be a sickening, turgid mess from the get go, but also because I can't really understand why you would take a work of literature and shovel it through the ass end of current popular culture.

What we have now, as far as pop music and cinematic stylings are concerned, is trash. We have elevated a rapper to the level of genius? Is JayZ the music vehicle on which to base such a film? Is the use of whatever works a better replacement for period accuracy (which is sometimes overrated, but still)?

If it succeeds, all well and good, but I still can't figure out who would really want to see this film.