David Sedaris is the Living Embodiment of Awesomeness 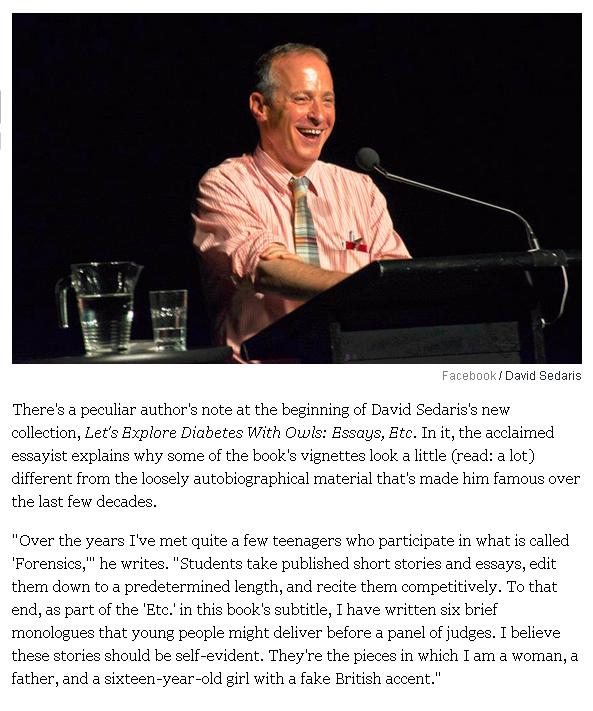 Apparently, there's a whole other world out there that has been flying under the radar for years. It is the world of high school forensics, and it leans heavily on the published works of David Sedaris. At any given time, his essays are being read out loud or performed by students.

Sedaris has decided to embrace this and has included six pieces that are designed specifically to be read by forensics students. The students have responded by looking for less well-known pieces from writers who aren't as good as Sedaris. Pity the forensics student who decides to read some Bret Easton Ellis out loud.
- April 23, 2013