Did Peter Jackson Ruin the Legacy of J.R.R. Tolkien? 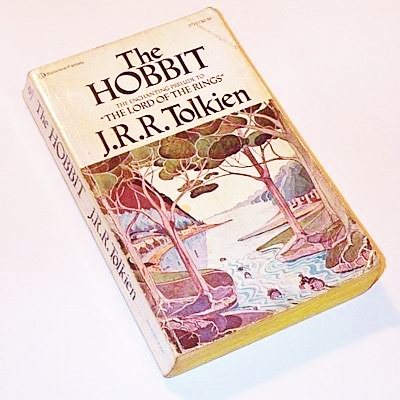 It would seem fitting to revisit the idea that director Peter Jackson made unconscionable changes to the material used in the original Lord of the Rings triology. What with The Hobbit now out and people grumbling about it, there's a good reason to delve into the subject at hand.

Christopher Tolkien has worked on properly organizing his late father's literary estate. This article talks about that effort. But, I think we need to remember that it was New Line cinema that should have been credited with being as evil as any other entity:

The lawyers for the Tolkien Estate, those of the Tolkien Trust, and Tolkien's publisher HarperCollins demanded $150 million in damages, as well as observers' rights on the next adaptations of Tolkien's work. A lawsuit was necessary before an agreement was reached in 2009. The producers paid 7.5% of their profits to the Tolkien Estate, but the lawyer, who refuses to give a number, adds that "it is too early to say how much that will be in the future."

However, the Tolkien Estate cannot do anything about the way New Line adapts the books. In the new Hobbit movie, for example, the audience will discover characters Tolkien never put in, especially women. The same is true for the merchandise, which ranges from tea towels to boxes of nuggets, with an infinite variety of toys, stationery, t-shirts, games, etc. Not only the titles of the books themselves, but also the names of their characters have been copyrighted.

"We are in the back seat," Cathleen Blackburn comments. In other words, the Estate can do little but watch the scenery, except in extreme cases-- for example, preventing the use of the name Lord of the Rings on Las Vegas slot machines, or for amusement parks. "We were able to prove that nothing in the original contract dealt with that sort of exploitation."

Hollywood's penchant for creative accounting screwed the Tolkien estate for years after the successful release of the original trilogy and now we're going to face yet another series of lawsuits and negotiations over the profits from The Hobbit? Ugh.
What surprises me is that there is no discernible backlash against Jackson, his producers and financiers, and the studio that will release the films. There is no significant threat to the commercial success of these endeavors, save the overall displeasure with the films that seems to have taken hold, and there is nothing in the way of a credible backlash. At the very least, you'd think that, if the son of the man who wrote the books has called it all an evisceration, then there should be some sort of serious effort to thwart the films from being wildly successful.
That backlash will never arrive. What is different now is that the people who built the Tolkien legacy--the young and the old and the literary and the linguistic--during the 1960s have largely surrendered to the crass commercialism of the age and are irrelevant to the discussion. They can bleat on about how it was all ruined, but until someone can agree upon who the rightful culprit really is, the films will go on and the books will gradually diminish in importance.
What a shame.
- January 08, 2013